Article written for The Scotsman, By SCOTT MACNAB
Published on Sunday 5 August 2012 00:00

MSPs are being urged to back a change in the treatment of miscarriages amid warnings that the causes are not being pinpointed early enough to prevent further episodes. 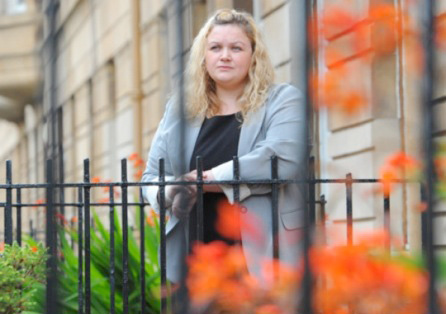 Only couples who suffer three consecutive miscarriages get free treatment on the NHS at present and one of the country’s leading support groups claims the situation is leading many distressed women to stop trying to have a child.

Around 5,500 miscarriages occur in Scotland every year with most in the first trimester of pregnancy – up to 12 weeks.

But Miscarriage Support is concerned that, under ¬current clinical guidelines, women must wait until they have had three miscarriages within this period for medical testing to establish a cause.

Miscarriage Support says examinations, including hormone and blood tests to establish potential ¬genetic conditions, should be available after one miscarriage. Thecharity has now ¬petitioned MSPs to enlist their support in pressing the health service to rethink its policy.

Maureen Sharkey, project co-ordinator and senior counsellor at Miscarriage Support, said: “The ¬women are left in a situation where they are absolutely ¬devastated. They’re basically being told: ‘Go and have another miscarriage and then we’ll have a look at it.’ ”

She added: “Some women’s response to the current policy is not to try again due to the traumatic effect that miscarriage has had on them yet there’s absolutely no reason at all for that policy to be in place.

“It’s very difficult to move forward from a position in which there is no cause, nothing. They’re told to just try again.

“It delays the finding of medical reasons and condemns some women to the trauma of miscarriage who would not otherwise have to go through such a distressing experience.”

“Miscarriages are traumatic events which happen for many and varied reasons,” Baillie said. “It is right to review all medical guidelines periodically and I hope that the Scottish Government takes this opportunity to consider this set of guidelines and the submissions being made.”

But Professor Alan Cameron, chairman of the Scottish committee of the Royal College of Obstetricians and Gynaecologists, said the guidelines were based on clinical evidence.

“If you look at the data, then the yield from investigating people with one or even two miscarriages would be minuscule,” he said. “It wouldn’t pick up any pathology [link to -disease] and would probably create greater anxiety.”

Cameron said that doctors were in any case “selective” in terms of which cases to investigate further. Older women above the age of 39 who have had two miscarriages could be investigated along with cases where the miscarriage happens beyond ten weeks. “It’s not an absolute that you have to have had three in a row ¬before you get any testing,” he said. “They’re not tablets of stone, but they’re certainly guidelines that most units would adhere to. There’s no way you could investigate ¬everybody that has a miscarriage in Scotland, which is around 5,500.”

A Scottish Government spokeswoman said a miscarriage was a “distressing” experience for any woman to suffer. “That is why every effort is made to ensure that women in this situation receive appropriate follow-up care,” she said.

“Clinicians follow national guidance from the Royal ¬College of Obstetricians and Gynaecologists on the investigation and treatment of couples with three or more first-trimester miscarriages, or one or more second-trimester ¬miscarriages [up to 27 weeks].”